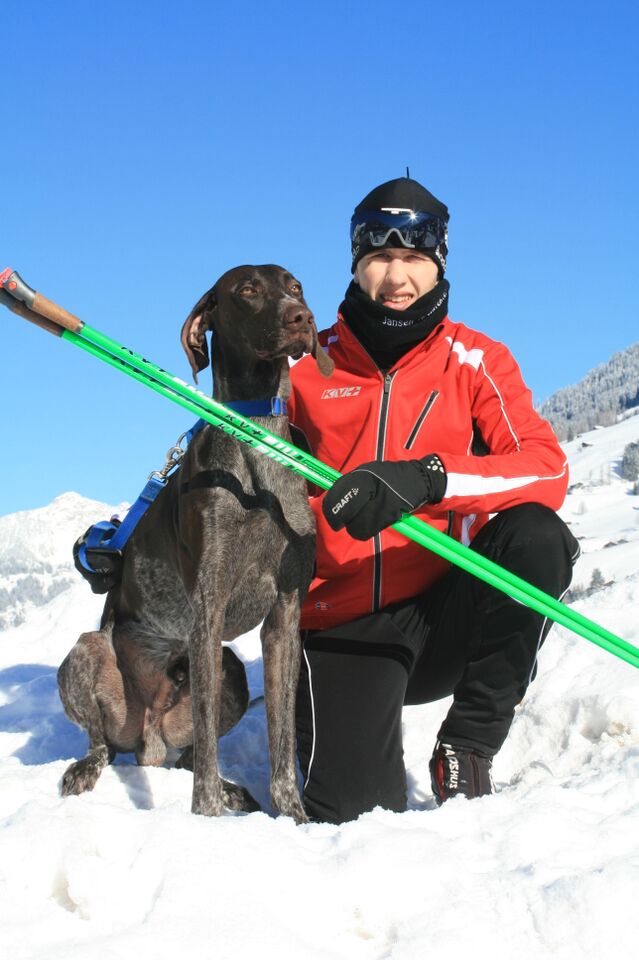 I got my first dog 11 years ago when I was 10 years old. Leika is a Border Collie. With her I made my first cani cross races and with her I got world champion (juniors) in Canada in 2009. 5 Years ago I got my second dog, Chip, a greyster from Norway. And three years later Kenai, also a greyster, joined us. So I now have three dogs. Leika meanwhile is too old to compete at races. But I still let her run short distances during the trainings just for fun. 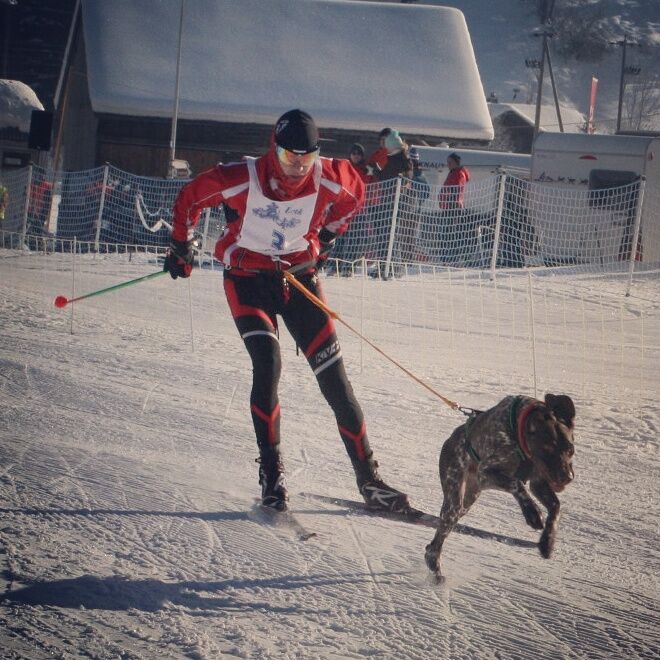 When I was six years old I went with my parents to Alaska on vacation. There we visited Mitch Seavey. He is a musher who has a big dog kennel and meanwhile won the most famous dog race, the Iditarod, twice. I was so fascinated by his dogs and sled dog racing, that from than on I wanted to get my own dogs. But it took me four years to convince my parents to get my first dog. In 2008 Leika and I participated for the first time in a race. The beginning was not that easy as in Switzerland there were not many possibilities for a young athlete to compete at races and I had to practice by my own. But the more successful we got the more I knew that dog racing is my passion. 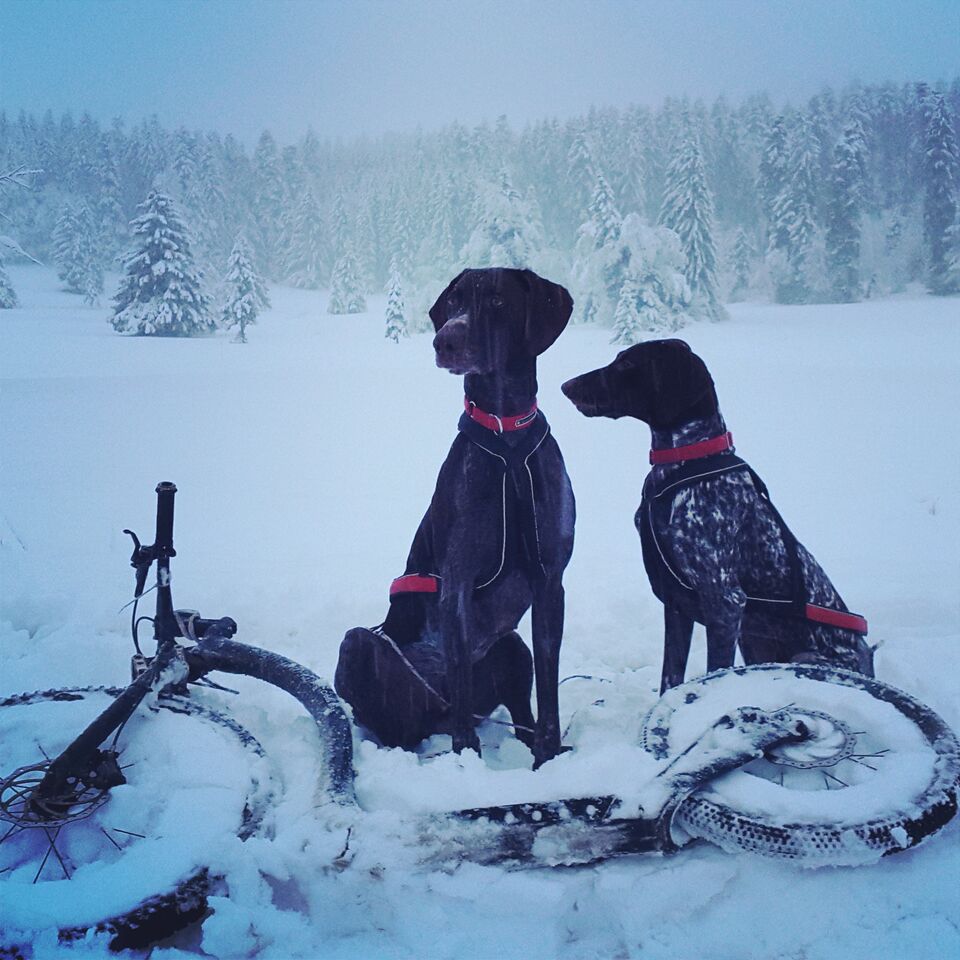 As I said, it all began with Leika who is a Border Collie. She is a family dog, is very smart and loves running. And even at her ages she is still very playful and in a good shape. Of course, she can’t compete with greysters such as Chip and Kenai. But she helped me to get a perfect start in this sport. Chip and Kenai, both are a Greyster (mix between Greyhound and German Shorthair Pointer). They are very big-headed dogs with an enormous power and a never ending will to run. For me they are just perfect in any discipline we start. Apart from that I love them as they have such good characters. They never would harm anybody –which is important if you have three younger sisters as I do. My youngest sister is only six by now and loves to play with them. When she was younger it sometimes was difficult as they don’t know themselves what power they really have. 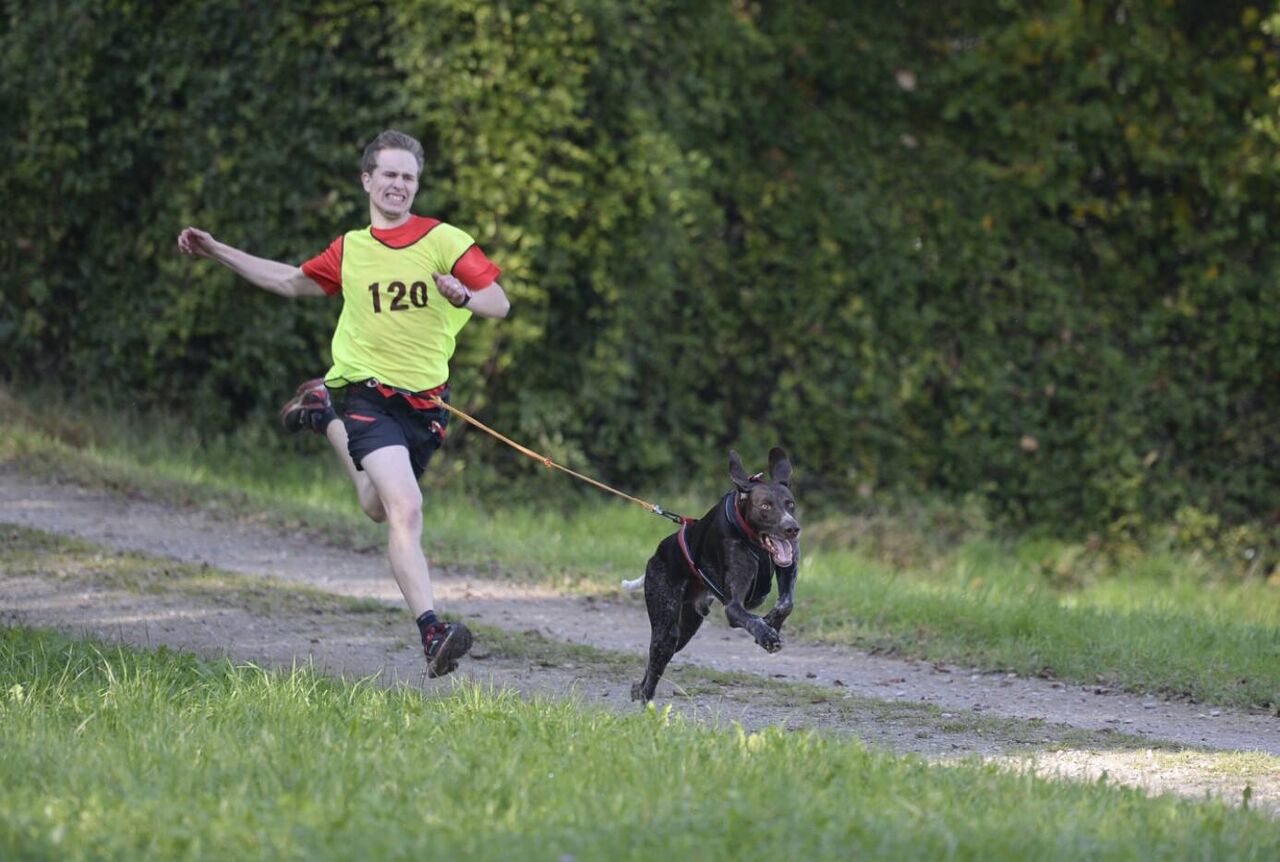 My training methods are still changing. I`m still testing how I can get the most out of the trainings and keep the dogs motivated. Most of the trainings I do with the bike or the scooter and in winter on the cross-country skies. I train my dogs 4-5 time per week. I try to split the trainings between fast-, slow- and fun-trainings. Most of the trainings are rather slow once as I let the dogs work hard. But once in a while I make a fast training and at least once a week I make a fun training which is not as serious and contains parts were we play with the ball or other stuff the dogs like. Summer is rather a fun time where we go swimming a lot to cool down from the warmth. Apart from that I train myself about 5-6 times a week. 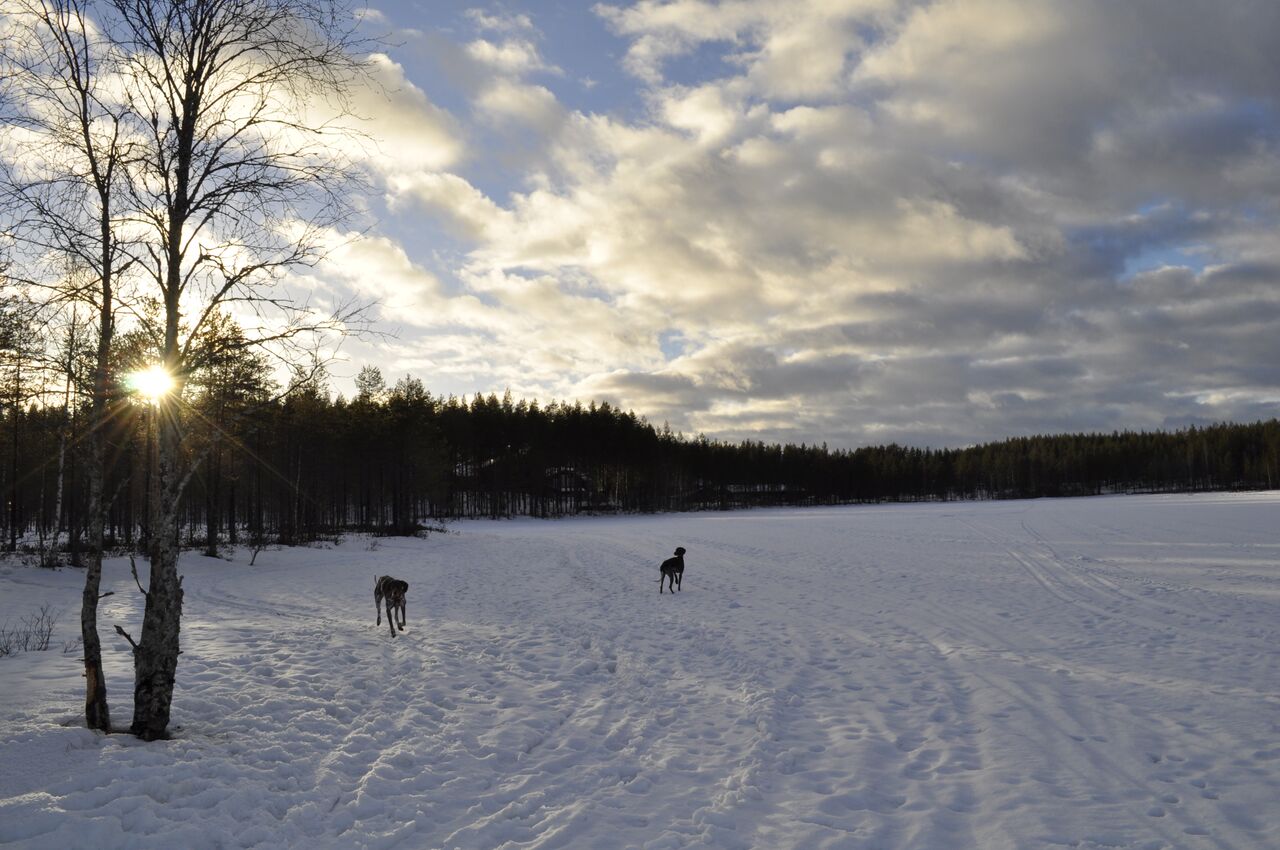 This is a very difficult question. Every success is special but I guess the victory at the World Championships in Italy 2013 in the relay is a very special one. We were a very young team of less than 20 years on the average and nobody counted on us. But Yann Fankhauser, Maurin Kerst and I could compete with the best of the world and even win a very dramatic race. It was awesome and I will never forget it! Especially when the Swiss National Anthem was played for us at this momment. This victory gave all of us a big motivation to go on, train even harder and the desire to do it again. And since than Maurin and I indeed did win two more times a silver medal for the Swiss team in a relay.

I think the combination of sport and the work with dogs makes it so special to me. I love sport in general and I do love my dogs too. When I see that they fight for me and love to compete, it makes me happy. Then I know that all the time we have invested and all the hard trainings we went through where worth it. And to win some races in Switzerland and once in a while a medal at an international championship helps to keep the motivation even higher. 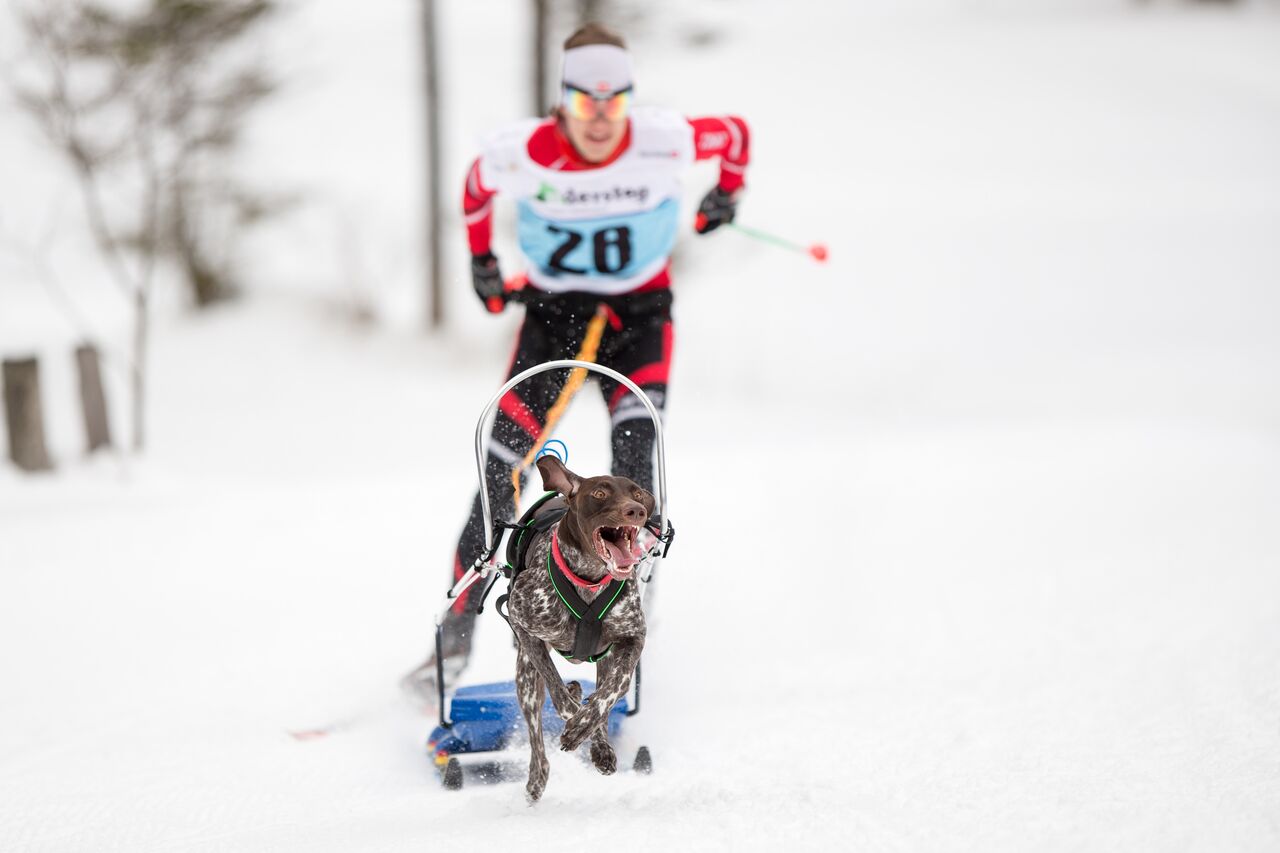 My final goal witch is written over the door of my room: I want to win a big competition one day in one of the Nordic disciplines. I know it is still a long way to go. But I feel how close I already am and that it could be possible if we go on and work on it.

Now as I have finished my apprenticeship I do have more time for training. And in two years I intend to go to Norway for about one year as the Norwegians are the best in dog-sport, they do have more snow and I do have lots of friends up there.

The forthcoming season is entirely focussed towards the European Championships which take place in Savalen/Norway at the beginning of March. I hope we will get snow here at home soon so we can get started. During Christmas holidays, Maurin, my sister Anja and I will go to Norway for a two week training camp.

There are a lot of them. But one thing I think about a lot is the week we spent in Finland 1 1/2 years ago during the European Championships. There we could let the dogs run freely on a frozen lake while the sun was shining and we were skiing next to them. This felt nearly as good as winning a World Championship. Freedom, happy dogs, snow, sunshine. What do you want more?

1x European Champion (as a junior)